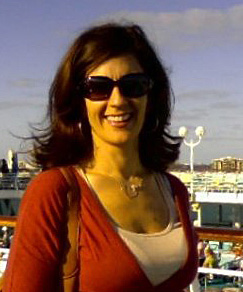 Professor Anna King teachhes criminal justice courses in both Camden and at our program in Mays Landing on the campus of Atlantic Cape Community College. Before coming to Rutgers-Camden, Dr. King completed a post-doctoral fellowship at the Center for Mental Health Services and Criminal Justice Research after returning to the United States from England, where she taught at Keele University from 2005-07.  Professor King obtained her Ph.D. in Criminology from the University of Cambridge in England, her M.A. in Criminal Justice from the State University of New York at Albany and her B.A. from Clark University. Please join us in welcoming Professor King. 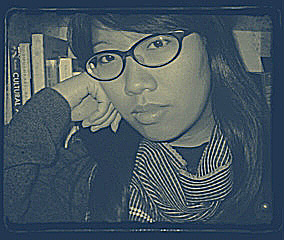 Students in the News

Linda Zekovitch presented a paper at the 50th Anniversary meeting of the Society of Medical Anthropology, held at Yale University, Sept. 24-27, 2009. She discussed her research on Cambodia refugees which investigated how “traditional” food practices among Khmer refugees have changed over time and how they are coping with dietary acculturation. Prior to their arrival in the United States, Khmers were subjected to slave labor and deprived of sufficient nutrients under the Khmer Rouge regime. Many subsisted on nothing more than thin rice gruel, while others were desperate enough to forage for anything that seemed eeible, including poisonous plants and animals. Linda is examining how Khmer refugees perceive changes in their diet and culture after relocating to the United States. Many of these refugees could not speak or read English, and thus many were unable to prepare or identify what was considered healthy food. She is interviewing Khmers  in the Philadelphia and New York area  for her research, under the mentorship of Dr. Cosminsky. 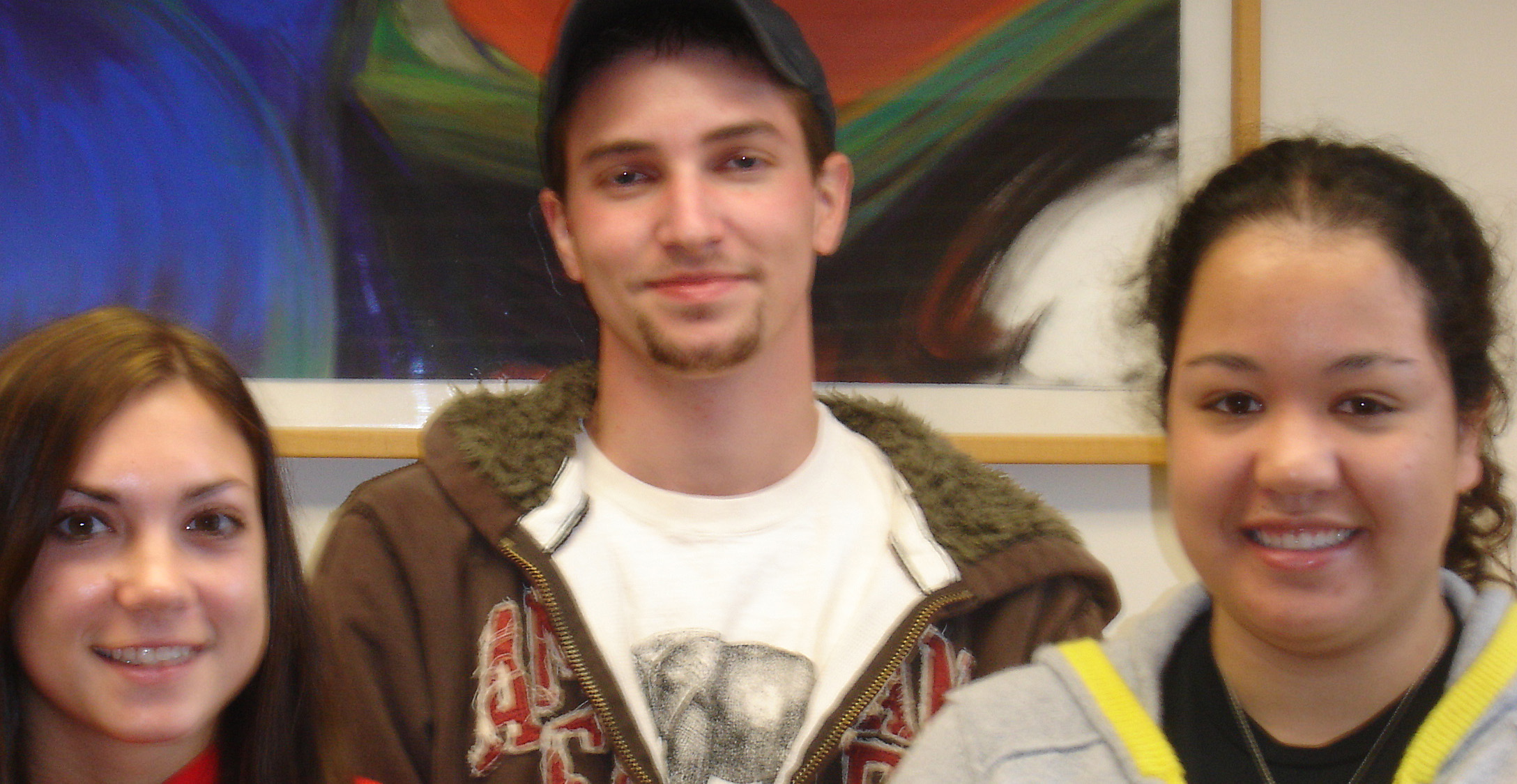 Undergraduate students Jessica Boatwright, Kristen Foy, Jennifer Fratto and Ben Zieman are conducting research on sex offender legislation with Dr. Meloy and graduate student Kristin Curtis.  The project involves an analysis of statewide sex offender laws and investigates the factors associated with jurisdictions that have all or most of today’s popular sex offender mandates such as offender registration, community notification, civil commitment, GPS monitoring of released offenders, residency restrictions, and limitations on employment and mobility.  This work was presented at the 2009 American Society of Criminology conference in Philadelphia, PA  in a paper titled “The More is More Approach to Sex Offender Management.”

Dana Simone, a criminal justice major, received a Summer Undergraduate Research Grant from the College of Arts and Sciences.  Under the direction of Professor Jane Siegel, Dana carried out  research on female offenders who participated in a residential program in Philadelphia following their release from prison.  The purpose of the research was to create a profile of the program participants and identify predictors of program success for the participants. 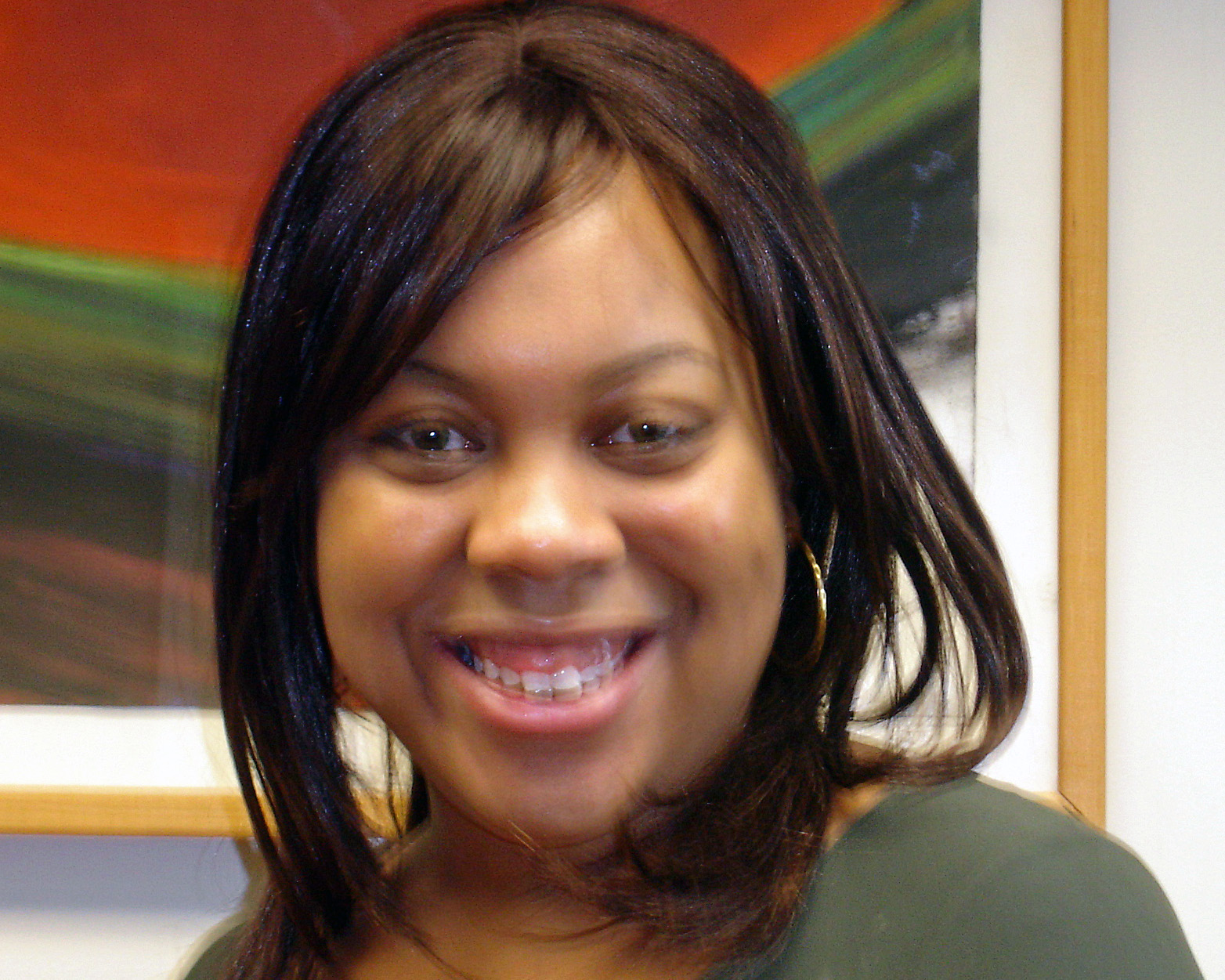 Andrea Layton, a sociology major, was awarded the Martin Luther King, Jr. Scholarship by the Martin Luther King, Jr. Commission of the State of New Jersey.  The King Scholarship Award is one of the Commission’s highest honors and is awarded to those who have demonstrated an active interest and meaningful involvement in the areas of human rights, civil rights, social justice and whose activities are exemplary and reflective of the ideals and life of Dr. King.  This is not the first honor Andrea has received.  Last year, she was the recipient of a Ronald McNair academic scholarship, which prepares participants for doctoral studies through involvement in research and other scholarly activities.

In addition to her accomplishments in her classes, Andrea keeps very busy with other activities.  In September 2008, she was elected president of Jumpstart, a program for at-risk pre-schoolers that is affiliated with the LEAP Academy Charter School in Camden.  During the summer, she attended the Center for American Women and Politics New Leadership Program, a residential program that educates college women about politics and policy making and inspires them to get involved in the political process.  She is also president of the National Society of Leadership and Success, an organization that helps students discover and achieve their goals.

Real clients involving real life investigation are what 14 criminal justice students are managing in the newly developed Investigation Practicum class at Rutgers Camden. The students work closely with law students at Rutgers School of Law Children’s Justice Clinic in the representation of children accused of delinquent acts in Camden County Family Court.  The law students and the criminal justice students work closely together in teams to provide representation to their juvenile clients. The law students, after receiving the cases from court, request investigative assistance from the students of the Investigation class. Some of the investigative tasks include interviewing witnesses, photographing and sketching scenes, obtaining records, serving subpoenas and writing reports.  Among the cases the student’s have worked on have been aggravated assault and malicious damage.

JC Lore, the Co-Director of the Children’s Justice Clinic states that “The new program has greatly increased our ability to provide excellent representation for Camden’s youth.”  He goes on to say “the investigators have been exceptional in all ways through their hard work and dedication.”

Allison Akke, a student in the Investigation class says that she loves the challenge of the investigations and that the course has provided her with “experience and stories that she will use during her interviews for future jobs.”

Another student, Alexandra Spiro-Gitter says that she enjoys helping juveniles in whatever way she can.  “When I was a teenager, I watched friends and relatives make bad decisions that pushed them into the criminal justice system.  I want to help our clients receive guidance and defense that my friends didn’t have.”

The department has some interesting new course offerings during both Winterim and the spring semester:

Professor Caputo’s new winter course – Special Topics in Criminal Justice: Prison and Jail Violence – takes a close look at violence in correctional institutions with a focus on causes and control. Topics include prison and jail rape, gang violence, prison riots, the social world of jails and prisons, and methods to prevent and control violence. Course information is diverse and drawn from various sources, including documentary film, inmate writing, federal and state agencies, and academic literature. The class meets at 8:30am.

Those with an interest in Native American culture will not want to miss this opportunity! In a special topics anthropology course entitled “We Shall Remain:  Legacies of Native American Perseverance,” Professor McCarty will help students explore in depth the important and provocative PBS mini-series entitled “We Shall Remain” that aired recently. The series affirms Native culture history as a essential part American history. Sessions will examine in detail each of the five 90-minute documentaries, each of which will be shown in class: ‘After the Mayflower,’  ‘Tecumseh’s Vision,’ ‘Trail of Tears,’ ‘Geronimo,’ and ‘Wounded Knee.’ The class will meet at 6:00 during the Winterim session.

If you’re intrigued by pirates, we’ve got just the course for you!  Professor Hazzard-Donald will be teaching a special topics course entitled “Piracy 101 : A Sociological Inquiry into Maritime Crime” – or, as Professor Hazzard-Donald refers to it “Yo Ho Ho and a Bottle of Rum!” The course will take a sociohistorical look at the phenomenon known as “Piracy.”  It will include and examination of the social history, status heirarchy, social networks, cultural patterns, class character and social controls internal and external to piracy. Students will examine the recent phenomenon of piracy off the African coast and in the Mideast as well as piracy in the ancient world, medieval pirates, the Barbary pirates, the Spanish Main, the “Golden Age of piracy”, piracy in the Indian Ocean, piracy in the Far East, pirates as privateers, pirates of the Caribbean and Modern day pirates. The class will be held Tuesdays and Thursdays from 9:30-10:50.

Two other courses are being offered for the first time in several semesters:

Sexuality and Society will be offered on Mondays, Wednesdays and Fridays from 10:10-11:05.  The course explores the relation between sexuality and society, in particular the social organization and power relations that affect human sexual identity and behavior. Discussions and readings focus on sex and social institutions such as the family and the law, sexual variations, issues in reproductive sexuality, and the political economy of sex. The course is taught by Professor Brightman-Cox.

Those concerned about urban issues should consider enrolling in Urban Sociology, which will be taught by Professor Reeves on Tuesdays and Thursdays at 3:00. The course will examine urban and suburban life in industrial and postindustrial environments, and explore social class, ethnic, and racial differences in communities. Strategies for community and regional development will likewise be discussed.

November 10, 2009: Spring 2010 Registration for ALL students -Undergraduate and Graduate Students

Many of your questions about advising may be answered by consulting our department’s Sociology Advising Page and ourCriminal Justice Advising Page.

Major Advising: Both Criminal Justice and Sociology majors are assigned an individual advisor. If you don’t know who your advisor is, check the online list of advising assignments (excel file). If you do not find your name there, see department secretary Sherry Pisacano in the departmental office to get one assigned.